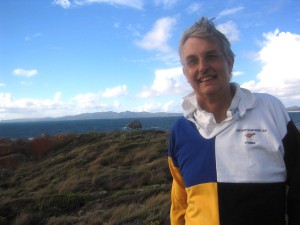 Bridge Today is a bridge club organisation which runs a number of clubs in the Northern Suburbs and Northern Beaches of Sydney. Bridge Today’s principal is John Roberts.

John Roberts has been professionally involved in bridge for more than 30 years. He has taught thousands of people to play in his beginners classes and thousands more to improve their bridge skills in his intermediate classes.

John learnt the basics of bridge at school and a few tactics (such as counting high-card points and leading back partner’s suit) in his first year at university. Shortly after he entered his first national championship in 1974 where he came last and set a new record for the worst score ever recorded at a national championship (not yet beaten)!

Undaunted by this experience and with a fascination for the challenging strategies in bridge he continued to play more and more as an alternative to studying law. He started working part-time as a bridge teacher and club director in 1977 and won his first national championship in 1979. This convinced him to give up any future thoughts of a career path in the law and he became a fulltime bridge club manager at the ACT Bridge Association the same year.

Since then he has given classes, run bridge clubs and played professionally in Europe and  the Middle East. He has won many NSW and Australian championships and represented Australia a number of times in world championship events, including captaining both the open and youth Australian teams in recent years.

John is now based in Sydney and runs two bridge businesses – Bridge Today which manages six Sydney bridge clubs and provides bridge teachers for a number of bridge, sporting and social clubs; and Bridge Away which organises luxury holidays for bridge players, their partners and non-playing friends.

John’s Bridge Away tours have become extremely popular. Each year he takes groups of players to holiday destinations where they can combine their interest in bridge with a holiday at a first-class resort. All standards from novice to advanced are accommodated.

John is married to Amanda and has a daughter, Saskia